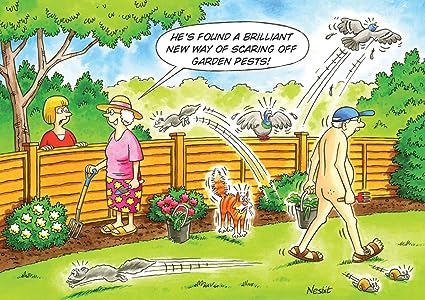 Hi guys.  We re in the middle of a heat wave.  Over 20C…some days over 30C.  We are into our “long days” now, so there is a lot of sun to go around.  Along with warm temps comes the rain.  I have planted most “seed” crops.  I will put transplants out when I get a stable patch of rainy weather (without storms).  This has been a great time to start a couple of new beds and I needed to finish conditioning others.

I usually begin with hay bales.  Some people advocate something called “straw bale” gardening.  This is the same idea, but with my own modifications.  Some people have advised me to use straw, as it has less weeds, but straw may have been sprayed with Roundup, so I still with the hay.  I do not find weeds a real issue, but I mulch.  I also find hay decomposes quicker than straw.  Both straw and hay have the added benefit of keeping slugs at bay.  Possible it is too prickly and dense.  I just know it is a benefit I have noticed.  Below is a strawberry bed under construction.  (please excuse the photos…I am lacking in skills).  Leave the twine for the first year to help keep things together.  When I remove the twine next year, I will save it for use in other places.

Straw bale gardeners like to plant in the bales.  In order to do this, the bales need to be conditioned with nitrogen (usually fertilizer) that will cause the bales to heat quickly and begin to decompose sooner.  Plant to soon and plants will die.  Planting in the bales also uses a TON of water to keep plants hydrated.  Why not take a year, plant inside the baled area and then use the walls for next year’s compost?  Or leave the bales in place the second year and plant right into them.

Below is another bed I began last year.  You can see that there are some evergreen branches left over from something else.  There is also a lot of hay and wood chips.  The chips are “fresh”, so there is a good brown/green mix.  The bed is then covered with a layer of soil.  I do not expect a bed to produce heavily in its first year, as things are kind of getting going.  All that decomposing stuff attracts earthworms from below and they go crazy.  Fishing bait is never far away!

This is the same bed this year, currently seeded with potatoes and bush beans at this end, some peas at the trellis and Chinese cabbage, beets and chard in the front of them.  Where are the bales?  Over the last year they began to decompose into a rich mix.  There is some of the bulky stuff left, but I just flipped them into the bed from last year and topped them with a couple inches of soil.  The potatoes and beans will enjoy their relationship, with beans helping to produce nitrogen, and the potatoes helping to shade them and the soil with their heavy foliage.  The straw mix underneath will decay further as it nourishes nature’s composting friends

I will use one other bed for illustration.  Below is a bed that is in its third year.  The first year it was filled with sticks and then topped with rotting hay compost and a sprinkling of soil.  I planted a variety of forgiving tomatoes and some sunflowers.   They did ok, but anything else planted there was so-so.  But the soil improved even further during that time.

The next year I decided to put a compost pile at the end of the garden.  I planted sunflowers and some other things that did a lot better and produced well.  Pleased was John.

Now to this Spring.  Below are pics of the bed from either end.  The pile at one end is the remains of the old compost bin.  I left some less composted stuff there for another year.  Plenty of nutrients in there, so I planted some comfrey.  May plant something else…we will see.

I tilled the soil with a broadfork.  I do not own a rototiller.  I do not walk in the beds, so the soil does not compact.  A little loosening of the soil and weeds pop right out.  This is a Meadow Creature Broadfork ( https://www.easydigging.com/)  Again, I receive no money from these folks.  It is almost indestructible and does a great job.  They come in different sizes.  Mine is large and heavy, but I do a lot with it.  If you go to the website, they have videos and such.

Point is; you can see the richness of the soil.  I added some rotted compost to the surface, and that was it.  Below is the finished bed, ready for planting.  This year will be tomatoes, sunflowers and some beans.  There is a spring crop of beets, chard and kohlrabi planted for now.

Below is a photo of a garden from last year.  Just so you know I am not blowing smoke.

Great gardening to you and may the gnomes be with you.  If you have questions or want advice, just ask.  A site with no ads and nothing to sell.

St. John of the Asylum